When I heard that Mark Zuckerberg and his wife, Dr. Priscilla Chan, were donating 99 percent of their Facebook shares currently worth more than $45 billion to charity, I immediately assumed they had been the beneficiaries of smart family wealth planning advice and would be funding a private foundation that could be used to save money on taxes and educate their daughter about giving.   But that’s not what they did at all. (And it’s quite surprising that respected publications like the New York Times and Forbes would get it so wrong with both publications touting Zuckerberg and Chan for their hefty “donation to charity.”)
There’s no charity happening here. And there’s nothing that says Mark and Priscilla are donating 99% of their Facebook stock to charity, ever.

To a mission, yes. But to a charity? No.

In an open letter to their daughter, Mark and Priscilla said they would give away 99% of their FB stock over their lifetime to advance the mission of the Chan Zuckerberg Initiative LLC.

As you begin the next generation of the Chan Zuckerberg family, we also begin the Chan Zuckerberg Initiative to join people across the world to advance human potential and promote equality for all children in the next generation. Our initial areas of focus will be personalized learning, curing disease, connecting people and building strong communities.

We will give 99% of our Facebook shares — currently about $45 billion — during our lives to advance this mission.

An SEC filing on the same day said that Zuckerberg would sell or gift no more than $1B of FB stock each year for the next three years.

On December 1, 2015, our Founder, Chairman and CEO, Mark Zuckerberg, announced that, during his lifetime, he will gift or otherwise direct substantially all of his shares of Facebook stock, or the net after-tax proceeds from sales of such shares, to further the mission of advancing human potential and promoting equality by means of philanthropic, public advocacy, and other activities for the public good. For this purpose, Mr. Zuckerberg has established a new entity, the Chan Zuckerberg Initiative, LLC, and he will control the voting and disposition of any shares held by such entity. He has informed us that he plans to sell or gift no more than $1 billion of Facebook stock each year for the next three years and that he intends to retain his majority voting position in our stock for the foreseeable future.

Somehow, the media read these two events as Zuckerberg giving 99% of his FB stock to charity, but that’s not what’s happening at all.

From what I can tell reading between the lines, Mark and Priscilla really do have the best intentions, even if  not the best family wealth planning advice.

They want to put their Facebook fortune to work solving the two world problems they deem most important — advancing human potential and promoting equality.

And they don’t want to wait until the end of their lives to do it.

They intend to get started now, when their baby is just born, at only 30 and 31 themselves.

They MIGHT sell or gift up to $3 billion of Facebook stock over the next three years to do it. They haven’t legally obligated themselves to do that though; the SEC filing will simply make it possible.

While many have claimed they did it for tax purposes, the reality is that the structure Zuckerberg and Chan used won’t provide any tax benefits at all, unless and until the LLC donates Facebook shares to charity later on.

So, what could Mark and Priscilla have done instead?

According to nationally-known estate and asset protection attorney, Steve Oshins:

“They should create different types of asset protection trusts. What if there was a class action against them for violating a billion people’s privacy rights, for example?”

In a case like that, Zuckerberg and Chan could lose everything, including the assets of the Chan Zuckerberg Initiative, which do not appear to have been structured with any asset protection in mind.

Or, what if Mark and Priscilla die young, unexpectedly and everything goes outright to their child? Once she turns 18, the initiative and all the money in it plus all of their other assets would be hers, without restriction, and would not be protected from lawsuits, divorce or a future bankruptcy. Everything they’ve worked so hard to create could be lost.

Ideally, Zuckerberg and Chan would have a Family Wealth Counselor or Personal Family Lawyer to guide them in understanding how best to structure their resources for maximum impact and incentivize as well as to educate future generations to keep growing the assets, rather than squandering them as many children of the ultra wealthy do.

Oshins said “Many of these young billionaires don’t have top estate planning and creditor protection attorneys. That is why we often see them lacking these types of vehicles.”

While the young wealth creators of Silicon Valley clearly desire to make an impact on global issues, they may not be thinking long term enough.

Using business lawyers to structure matters of family wealth is a common error and may mean their resources are not used as wisely as possible to achieve their mission beyond their lifetimes.

While Mark and Priscilla can use the Chan Zuckerberg Initiative as a vehicle for educating their daughter about how best to use the resources that will be at her disposal, will they get the guidance they need to do that?

Will they structure their assets in trusts that can educate not just their daughter, but future generations as well, to not only preserve the family wealth, but to also invest it in the future Mark and Priscilla wish to create?

Or will their wealth ultimately go the way of the Vanderbilt family fortune, gone within 200 years, lost to poor investments, weak philanthropy, and hard partying?

Two hundred years may seem like too long of a game to consider, but in the context of our lives on this planet, it’s the blink of an eye.

Would Cornelius and Billy Vanderbilt, the first two generations who created the Vanderbilt fortune, have done something different had they known how much would be wasted by their progeny?

We now live in a time when we must be considering the truly long game. While Zuckerberg and Chan talk in their letter to their daughter about making long term investments over 25, 50 or 100 years, I invite them to look even farther out to 200, 500 or even 1,000 years.

We cannot afford to have $45 billion in today’s resources squandered whether in this generation or in two or three generations down the line. Today, we can think much farther out and our future is begging us to do so.

This article is a service of Lela Juarez, Personal Family Lawyer®.  We are a family-focused law firm with a mission of guiding your family to grow its family wealth from one generation to the next.  Call our office to schedule a time for us to sit down and talk about a Family Wealth Planning Session,™ where we can identify the best ways for you to ensure your legacy of love and financial security for your family.

The "How to CORRECTLY Name Guardians for Your Children" is an excellent guide that I recommend for any new mom to read! There are things we new moms simply can not afford to omit. And estate planning for our little ones is one of them. Lela's Guide opened my eyes to what really IS needed and ways to go about getting it. I now have a much clearer picture of the steps I need to take to ensure my son's bright & happy future, no matter what." 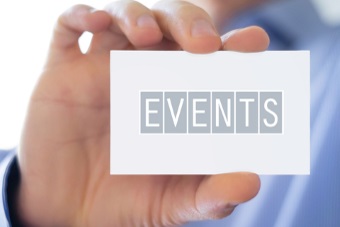 Is your family properly protected? Take the first step to ensure your family's protection (and your peace of mind) when you attend one of our fun, informative events. 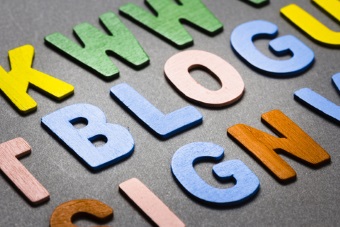 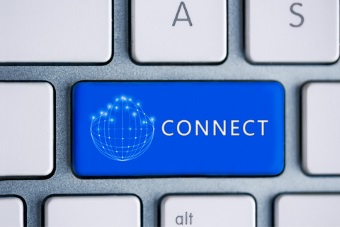